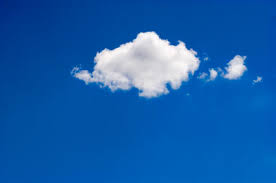 For the first time in my life I lost my mobile. I am quite paranoid about losing things, so I really take care and in consequence losing something is rarely happening to me. I am clumsy and keep forgetting where I put things, but I rarely lose. This time though it well happened: taking my IPhone when going out, forgetting to close the zip. Just didn’t look after the Buddhist thing: when you do things, just do one at a time and concentrate on it.

I cruised around with my bicycle and after a while I wanted to check the time. I realized the open zip and that the phone had slipped out. I had some hope to find it at home, but no. I took my other phone and drove again and once more the same way as I went earlier hoping to hear to some ringing in the grass, but again no. After a while I skipped all efforts and had to face buying a new one.

The material loss of a handset is one thing, but losing all numbers, the string of various exchanges, plus whatever you saved and used your phone for as a general agenda – all down the drains! That is annoying! But that’s the obvious and me losing a handset is no world premiere.

I was angry and blamed myself for stupidity. Why feeling the urge of being always reachable? Cruising on a bicycle, doing physical exercise and having a phone at hand? When going for a swim having your phone in the locker? One of my goals of having left a regular 9-5 job was to slow down. To live more consciously and experience things more intensely, that is the aim.

But some things in life turned unquestioned and taken for granted. You are acquainted to these gadgets and just live with them? The phone has become an integral element of your life and ultimately of yourself. And now it was lost.

Why I feel the need to be constantly reachable I can not say. I always have my phone with me. Though quite often I mock about the past: how were we able to find each other in a supermarket without a phone? How did we find a place without navigation? How to stay in touch over a large distance when lacking the technical means? Somehow it was managed, but by today we ultimately lost the faculty to survival without these technical gadgets.

Why these emotional and intellectual dependency? What do we expect to miss, when being cut-off? What do we consider as unsolvable, when facing a problem and not having instantly the appropriate solution at hand? Why these speed?

Unfortunately these questions only come up when being obliged to think about. And losing your phone is one of these moments.

Somehow I appreciated. Right away I did not miss anything. I pondered the question how I will co-exist with a phone in the future, once I shall have a replacement. Because one thing is for sure: a life without a mobile is a too big of a revolution and not my kind of thing. Have a phone, use it wisely and not turning into a slave of the object.

I appreciated the time without, but also because knowing it is only temporary. Three days later I had all back: a new phone and a new Sim-card. Another aspect really annoying me was I never agreed to enter into the Apple-cloud. This is at least what I was thought. I supposedly denied any update of my cloud content. I am too afraid about a third party knowing intimate things about me through the upload of my phone data. However and practically speaking it would have been of advantage using that service now. But as I had denied, supposedly, most of my data was presumably lost.

When starting my new phone I accepted the automated invitation to update my phone with the available data on my cloud. (note I had agreed to create my personal cloud when I received my last Apple-phone, but always denied updating it). Consequently it started updating.

I bought last IPhone in Mai and the table said, my last update of the cloud was in August? Never mind, the process was launched. Shortly later all was downloaded and to my biggest surprise and astonishment all personal data was restored on my new phone! For a nerd this seems plausible and obvious, but ALL data was restored. All contact details, images on lock screens, alarm sounds, even the entire communication protocols on WhatsApp and SMS.

I don’t know what to think about. What’s the point in denying updating your cloud, if it is done anyway? Maybe due to a mistake end of August I did not deny and by pushing the wrong button I agreed and the updated ran down (which, again, practically speaking I very much appreciate!), but as last update was in August, how come all later exchange such as SMS was also registered and saved somewhere?

I have nothing to hide but I don’t want any third party to know anything about me without my permission or even knowledge. If I wanted, I’d post my CV on lanterns, street signs and anywhere. But I don’t want the world to know. I love my anonymity.

The knowledge my personal data is somewhere on a server in the US and being read by whomever frightens me. I don’t like it. But I also know, I cannot do anything against.

Again, I appreciate having recovered all my data, but this instant has shown me, personal immunity and intimacy is not given and does not prevail. That’s a shame but you ´can not do anything against. Some say, the world has become a safer place, but I don’t believe in this kind of system and somehow I do not want to be part of it.