Europe – a wonderful idea and practice 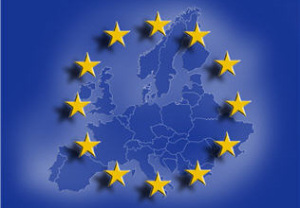 Europe – the European idea is a great thing, but unfortunately abused by many and hence forgetting the real sense and purpose of it!

The foundation of the European Union supports the vision of a continent full of friends and partners, the avoidance of any future war amongst its‘ member states, the free flow of people and the limitation of commercial obstacles. In other words: freedom and peace for everybody and anything within its‘ borders.

This idea has grown and further developed ever since and with each new member state the spectrum of mentalities and idea(-l)s grew bigger and wider, making the Union more complex, but nevertheless more and more thrilling. But this represents an important challenge: how to co-exist with all partners, each representing a different opinion and concept about society, democracy, commerce, tradition and, least but not last, its‘ future national direction where and what to go to and for.

The more I travel Europe the more I see European funded projects all destined to develop the infrastructure across the entire continent up to its‘ farest outposts in order to support the exchange of people and goods and, of course, to balance out Europe-wide inequalities. The principle is richer members give to the poorer ones but profit by increased opportunities in return making all together stronger. And they indeed all become more developed and stronger – in all aspects.

Just realise: 20 years ago the iron curtain cut the continent in half, today you can travel from the North cap to Lisbon, from Tallinn to Zagreb without using once your passport – isn’t that great? You pass borders but it is as if it is nothing. You use the same currency. You just have to understand the national road signs, which can be quite a challenge. And you have to get the language right. You see and feel you are abroad, but you seriously did not really notice when crossing the border.

Wherever you are, you find people living the same principles. Let live and let die. No armed conflicts, the right for free speech and the possibility to individually take up any opportunity to turn your life for the better.

I have travelled almost every member country and I cannot see too many differences apart from language, culture or mentality. Wherever I am, we can communicate, eat together and drink, discuss – basically have a great time. Any of the above has never been an obstacle to spend a peaceful moment together. Not a single moment was I criticised for being German and/or attacked for the horrors of the German history and WWII. Not once! On the contrary – I was always greeted with open arms and hearts, as I also would. I feel safe and happy in every corner of the Union and I am glad to be part of it and to contribute, what each of us should do: support the ideal of the Union!

But obviously there are differences and each member is pursuing its‘ own interests. See England and the finance sector, France and its‘ labour laws, Hungary and its‘ opinion about democracy, Greece and its‘ tax system. But the grounds upon which these subjects are discussed is not right. Compromise is the mother of co-existence but many seem to forget. And whilst discussing individual subjects the base idea of the Union has to step behind. And this is not right!

Threatening the Union to exit, insisting on the national self-determination, pure ignorance – we have it all. Squeezing funds for being always on the positive but giving the least possible. Members of the European Parliament knowing of projects and taking personal advantages. Bribery, lobbyism, denial – where has the basic belief of a better Europe gone to?

I could vomit when heard, politicians bought large chunks of land where a funded motorway was supposed to be built through European means. Just to sell these patches again once the project was initiated – for a much higher amount of course.

This eternal yelling for more money from a handful of member states, just because … I cannot hear it anymore. Though I firmly believe in principle the better-developed and richer have to net-transfer to the less developed.

The European idea risks to be torn apart from people having only their own, their national advantages in mind. This risk is not to be underestimated. And as great lines such as foreign policy, a Europe-wide and most importantly common strategy and equal labour laws – just to name a few – do not get equal across Europe, meandering slowly forward will remain.

And that is a shame. There is so much money around, we are all the same and have all the same intention. Let’s leave politics where it is and let us simply live the dream – meet and greet all 300 Mio. people as one folk.

We are Europeans and we should be proud of it! Nowhere else in the world and despite of all difficulties are people able to live together in harmony. With different backgrounds, nationalities, religious beliefs and philosophies, different mentalities and intentions.

I am proud and happy to be European and will let this pride not being destroyed by political idiots led by their egocentric and nationalistic ideology!