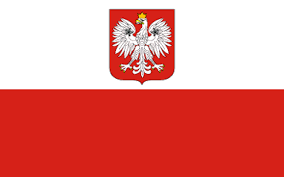 I went to Poland, and when writing a blog and going to a place second time you really ask yourself the question, what you should be writing about. Because nothing has really changed to what it was when being there previously. So let’s check the place based on current political and social issues being talked about everywhere.

Obviously you should never generalise but admittedly and as a convinced European I was quite worried but also full of prejudices when going to Poland. As usual: touch-down, going to car rental with quite some expectation of facing the first xenophobe right away. But far from that. Nice, courteous, pleasant. No problem whatsoever.

Took the car and went to the hotel. Check-in and then we sat outside with the night watch. A 79-year-old pensioner. Him being obliged to still working, as his pension is just not enough to survive. He receives the equivalent of €500 and his flat alone is about €250 plus expenses. Such and despite having worked 20 years for the military and a bank. But so far still the usual story of an ex-communist country. No surprise at all.

However, starting to discuss politics I was positively surprised to see him moaning about the current local political situation. He was not happy at all, but my understanding was yet too general. I expected right-wing-nationalist-isolationist-deeply-religious-anti-European crap, so I was happy to her just the contrary. But I was too tired or too happy to just not differentiate, WHY he argued against the politics here in Poland.

Silly me, but to my defence, I was happy to not have been facing such nationalist idiots right away. Though I was expecting worst before leaving. Next morning after when sitting on a balcony I saw some Polish waiting for a bus. So far all ok. But a Jew, recognisable by his Kipa, did not stand with them just at the shelter. It was obvious him trotting around and waiting at a distance. The reason can be anything: him not liking the presence of other, minding his own business, being afraid, just anything is possible. Though it is noticeable.

However, me conducting about 12 meetings I never came across any complaint or criticism for being German. That may be due because me interfering with the educated upper class and not rural country folks, and being fair, I did not feel discriminated at all for my nationality. Though there are issues between the Polish and Germans.

Whenever the subject of the current immigration and refugee crisis came up, there was an underlying feeling of racism … some may say now “Axel, don’t be so harsh, it is just them being afraid of the foreigners!”. But I have to be harsh, because you have to name things as they are. And generalizing, historically seen, has never helped before: Calling people “black heads” is racist! Full stop. If a German would say so, the would instantly be blamed falling back into old times again.

Clearly, a German president having to resign because of a €300 issue may be a bit exaggerated, but calling foreigners “black heads” is not only insulting, it is racist. If you follow the discussions in Germany concerning the AFD, Pegida, right wing tendencies in general, I am happy to see, there IS a discussion. I fully agree, a democracy has to be strong enough to stand such dilemma. But when observing a nationwide conviction such as in Poland, I’d like to vomit.

When the wall fell, the European idea was to receive the eastern countries with open arms and help. For them to prosper and gain life quality. I think it normal to point out the financial transfer from the stronger countries to the weaker. But noticing the ungrateful behaviour of today makes me feel uneasy. Of course and I agree, the EU cannot receive the whole world as a refugee, but limiting the number down to nil, bragging the judges at the constitutional court, putting the media under state control and giving the church major political influence is against any European conviction.

But the worst was still to come. The last evening, I had the chance to discuss with a journalist. Himself proudly bragging about his relations to journalists at “Die Welt”, the “Spiegel” and quite a few other major German editions. Also having lived a few years in Germany, most of his family still living there. But listening to his statements such as “different cultures cannot mix”, “Islam is bad for our society” … makes me angry and frustrated to hear such silly statement from a person, supposedly to be open-minded, objective and capable to differentiate.

I have no issues people having their own opinion, but simple refusal is ridiculous and does not help anybody. As an intellectual he should know better. He even denied the fact, we need immigration in order to guarantee our wealth in the future to come.

Let him be against the refugees, but actually arguing Poland is not racist, because 50 Muslims from the west of Mongolia and 6 Muslims from Chechnya were granted asylum does not make Poland a country receiving refugees with open arms. Despicable, deplorable and just ridiculous for a journalist to actually believe such idiocy.

I am seriously shocked. If country folk rumbles isolationist nationalistic xenophobe shit, in fact, you would not expect better. But noticing such from an intellectual is shocking. The PIS party is not doing well if changing and controlling opinion-making institutions. The reason why for such is clear: to oppress opinion against them, what other reason could there possibly be?!

Poland, which permanently claims having suffered tremendously under a fascist regime, is now doing even worse. Not by facts and numbers, but by promoting such ideas, changing the national conditions whilst they should know better in such an educated clear-minded world.

So, and again pointing out, I was never aggressed once, but I told this journalist right into his face, he is racist. And then stopped discussing. Obviously, he did not like it and felt insulted, but how else would you define and call somebody saying such bullshit?! It is racist to differentiate people by colour. Full stop. It is a given and you should tell people in their face, that it is. It won’t change them, but hopefully they may start reconsidering. And if not, I don’t care, they seem to be lost long time before already anyway.