An island in the far north of Germany. I have been traveling there regularly for the last 15 years and have kind of fallen in love with this place. When thinking of Sylt many love it’s outstanding and varying landscape. Others love and live it’s outstanding offer for the rich and beautiful with pricing for houses exceeding almost every other around the nation.

To get here you have to take the train or go by plane. No other choice. If you want to get there by car go to Niebüll and take the car-train. Reservation is not needed unless you want to take it on a Friday evening 8.00.

Make sure you have a place to stay. Despite offering several hundreds of hotels, apartments, campsites and more, during high season it is jam-packed and finding a place on the fly can be difficult. By train you most probably arrive in Westerland, the capital of the island, also the centre of all tourism and home to the Sylt-Cup and many other festivities. Try to get away from here as soon as possible, the rest of the island is much more interesting. Or simply get off the train one or two stations earlier.

Despite being a little island only with a length from List to Hörnum of about 50 km and being some places wide as little as 200m you will be surprised how much is on offer. I have been all over the island during the last years, though this time I stayed in and around Westerland. 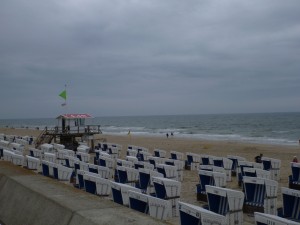 Explore the island by bicycle or by walking. Check the dunes, the never-ending coastline and it’s white sandy beaches in the countryside to see strange colours in autumn or spring-time. I was walking about in the northern part of the island and with Erica preparing for winter, being kind of purple and brownish, the yellow grass of dunes, barren land, you could easily imagine being on a different planet.

For my understanding you can separate the island in several parts. The barren north with a few places for the very rich, such as Kampen as the obvious spot, but also Morsum, Munkmarsch and a few others. Due to Sylt’s building legislation you cannot go high, but most of the thatched houses go deep down. There are stories abound of houses disposing of half a dozen floors below.

The west offers the endlessly long beach sprinkled with many places to eat, drink or simply hang out leisurely. For this part take a bicycle and just cruise around following your nose. Though down to the shape of the island there are only two directions possible: north and south.

In the south you also have a few interesting places, but to see a different part go to the eastern part such as Morsum. The setting is as the German west coast is known to be. No sandy beaches, here you find the typical Waddensea. 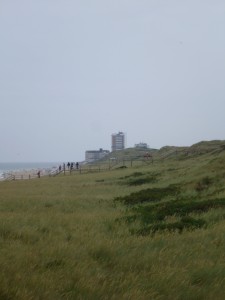 It is important to know, Sylt is the weekend destination for many of the rich, and a lot here simply turns ridiculous. Specifically the kids of the rich. Sit in a bar or restaurant next table (they are easy to find: sun teint, sun glasses, alcoholic drinks, la Marina or the such like clothes, talking loudly and pretending being super cool) and just listen to them. It may be as everywhere in the world at comparable places, nevertheless boring and annoying. They wish to keep the poor off ‚their island“ according to an interview by NDR’s Extra3, but actually they seriously spoil the island.

Most of the locals are unable to pay the rent for housing and have to flee the island commuting daily back and forth to the mainland. And if it is not for the price, it is for availability, as more and more is turned into apartments for tourists.

So if you want to experience the real island go in mid autumn or around 21st February when you have to „Bike brennen“, a local tradition and comparable to bonfires for Easter around the region.

For me the best length of stay is a week. One day you check the south, one for the north and one for the east. Another for the villages of the rich in the north. Extensive walking along the beaches, and again another just to do a village hopping across the whole island checking out the traditional architecture. And finally just hanging out at a hot spot observing the folk passing by. Hilarious. More interesting than being in a zoo, though locals do easily feel offended.

Well known for all the above, Sylt’s future is doomed to disappear in the waters. Stormy weathers in autumn and winter munch away big chunks of the island. Most is restored in spring with massive pumps offshore but it is open game who will be the winner. Obviously not the entire island will disappear but it is sure it’ll break in halves soon somewhere in the south and until the east is gone, the rich will have found an alternative. Until then financing the yearly restoration is granted for sure.

Giving advice where to stay, eat or drink is difficult, as the island’s offer is more than vast. For staying I propose Westerland or Wenningstedt. This is central and more or less neutral though very touristy. To get anywhere from here is most convenient and all facilities, be it public transport or bicycle hire, are nearby. Eat and drink – you name it. There seems to be a personal place for each tourist. Obviously most talk about Sansibar, Gosch and the such like, but that is too simple.

Check the Kartoffelkiste in Wenningstedt (though I heard it is going to close soon). One thing you have to try is the brunch in the Osteria just south of Westerland. Try it out. Otherwise, stroll around, check the pricing and give it a try where you feel attracted to.

Anyhow, Sylt is definitely worth a trip. But a week is seriously enough, unless you also need and want time to chill and hang out doing nothing.