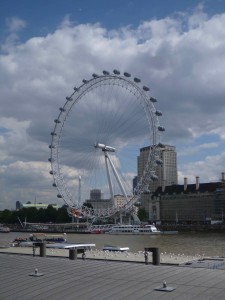 England is one of my favourite countries. I was living there twice, Bristol and London. This summer I have returned here for the first time in years.

In the early nineties I went for the first time living in England. Bristol functions as a perfect starting base for visiting Wales, Cornwall, nearby towns such as Bath and even London. A three hours bus drive and you reach Victoria. Obviously, Bristol these days was completely different to what it is today, but before going really big, it was nice to get an initial taste of England.

Later I moved to London. I always dreamt of moving there but it took me a few years until I was ready and able to move. I will not get too much into details, as I have said enough about London earlier (see my blog dated 14th November 2014). I had a lot of fun living here as I was able to say „I am living in Westminster and working in the City“. Not many can say so, maybe the Queen, though she certainly has no job in the City.

When I walked around London this summer I remembered my daily bicycle ride from Pimlico to the City. It is common belief the English weather is not that good, but I actually spent weather-wise most wonderful summers in England. but during my time in the City I had to go only twice by tube due to rain.

It is a fact, yes, it rains more often than anywhere else in continental Europe, but by total quantity it is much less. As a result you will have rain daily, but it is rather a shower turning soon into good weather. Every day you will experience all kind of weather: from sunshine to rainfall, all what is on offer, which is why you see so many people with an umbrella despite best weather: it may turn to rain any moment. 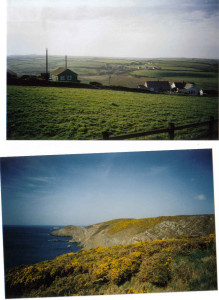 The coast line is most diversified. Many know about the white cliffs of Dover, but what about the cliffs on Isle of Wight? The crystal blue water front all across Cornwall, the tidal area around Bristol or Harwich, Wales‘ wide sandy beaches and large coastal areas covered in furze. Check the inner-country parks of New Forest or the Lake District. Walk around Snowden National Park. The Seven Sisters up in Scotland, the inner and outer Hebrides. Wherever you go, the country is most different from one place to another. And I just love to cruise around the country in-between all the hedge banks.

Another thing I appreciate here in England is the people themselves. You can actually do what you want, as long as you do not intrude into the individual sphere of any other. Until here you are free to do whatever you want. This is basic national credo and respected by everybody. And hardly anybody would dare to criticise what you are doing. As you are free and not anybody else’s cup of tea, most refrain from any comment, as this would ultimately mean you may meddle in somebody else’s business. And that is clearly against the national credo.

However, as long as you do not interfere to any other you being free means, you are ultimately and solely responsible for your own acts. Which in return means, you have to take full responsibility for all your actions. This can become very expensive. That may be the flipside of liberty, but somehow I do not see any alternative. In Germany you are less liberal but freer. And if your actions turn sour you too have to take the responsibility, but the punishment can not be as harsh as in England, unless you were deliberately acting on purpose. 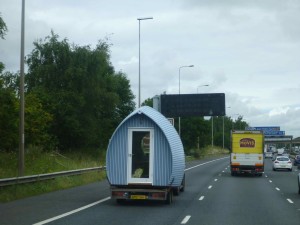 With regards to England I came to two main conclusions: firstly, in England everything is different and secondly, never deduce the character of a person from his optical appearance. With these two rules in mind I never fared bad.

I realised this summer that I miss England a lot and will have to return more regularly. As I tried to describe above, England is one of the most fascinating countries I know. This is something I emotionally confirmed to myself during my visit.