The Balkan countries – more than a surprise! 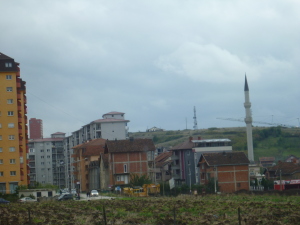 The Balkan – for many synonymous with chaos, poverty and safety issues, so it was for me, but was proven wrong! The countryside is beautiful, the people greet you whole-heartedly and food is nice. Even the roads prove to be much better than expected.My next trip led me to most of the Balkan countries. It all started with a Sunday in Ljubljana before leaving to many other places across 6 countries in total. I have to admit I was not too sure, if traveling the Balkan with a caravan would be a good idea. Attracting too much attention and interest, lousy roads and a tight time schedule with transit times impossible to foresee how much they would actually take in practice.

Most important was the safety aspect, as my trip would not make me visiting large cities and the capitals only, but also remote regional hubs plus rides through the night on local roads off the beaten track such as motorways (if there were any!).

I was expecting a mountainous landscape but found that much of the northern region is rather flat with a few hills here and there. But in the beginning I have been more in the north anyway. Going through Bosnia and towards Kosovo it turns more mountainous.

Going east from Ljubljana you see a rural countryside with many crops not harvested yet despite being mid-October already, though the corn seems yellowish hence more than ready to be harvested. I wonder if this is due to negligence or being overly subsidized.

Leaving Schengen into Croatia was a bit annoying as all documents were checked thoroughly twice and I had the impression customs was suspecting me hiding something. Or were they simply proving their right to be rightly placed and to avoid to be transferred into the Styx doing some unpleasant and unimportant duty?

The nightlife in most towns is vivid, lots of people walking around and more than enough possibilities to have nice food served. Though a 5-star Cevapcici served does certainly look nicer, but I doubt the taste is that much better. When eating locally on the street you get at least to see local habits and life. From here further east the roads remain in good order, traffic is organized and there is no hassle when cruising around.

Though the towns architecturally do not seem to offer too many old building as known from cities along the Adriatic. Soviet-style buildings, big boulevards and pedestrian areas made of concrete. Don’t expect much more. Tourism is not existent in this area, which was obvious by the absence of any souvenir shops.

The first real challenge to the caravan was the stretch between Tuzla and Zagreb. Hard work for the driver and the steepness of some places made the caravan decrease down to 15 miles an hour. But you have to turn ignorant. Don’t suspect you being so slow would annoy others behind you. You are basically annoying them, and as for curvy roads sometimes it is impossible to be overtaken. But you have no technical possibility to stop shortly and let them overtake. Side-tracks next to the road are missing. You have to turn a blind eye and just go on. As the locals do! Quite many tractors and rotten lorries cruise the road at a maximum speed of 15 and not caring about who and how much is piling up behind them.

Heavy truck drivers do so too. They have to go along these roads, as there are no motorways between major cities for most of the places I went. For hours they keep driving whilst not giving a toss what’s up behind them. It is hard to perform and feel ignorant, but that is the only choice with such a vehicle. And so did I, though feeling bad is something I cannot get rid of. I somehow feel „guilty“ of causing traffic jam.

Traffic itself can be adventurous. Apart from slow lorries, crazy drivers are overtaking wherever they think it should be done. Cars without backlights at night, potholes here and there and one village after another causing you to slow down regularly. You have to watch out for school kids, dogs, tractors and bicycles. Though if you do so, traffic is not much different to anywhere else in the world. And as the caravan does not let you speed to much anyway, all can be handled with easily. But it remains a nuisance and seriously hard work. Never lose concentration, as this can easily turn fatal.

For my taste it is even nicer to cruise along such conditions as to cope with overly organised traffic in Germany, where you are considered a nuisance even when going 150 miles an hour. There is no more surprise situation possible, here indeed it is.

The highlight of the trip was going through Kosovo and Pristine towards Macedonia. Once you leave the highway around Nis the country road turns sour. Serbia does not acknowledge Kosovo, so the road towards is a nightmare. A serious nightmare. Passing the border is also an experience. Meeting annoyed and almost aggressive Serbian officers and being greeted by ambitious and proud Kosovars, all surveyed by EU and international observers with a border crossing newly built but shack-looking setting.

I had much respect to go through Kosovo expecting the worst, but was much surprised none of my prejudices was proven right. The Serbian side is dark, grey, poor and in shambles, once you crossed the border there is much traffic, streets alight, many shops, newly built buildings and just life. In Pristine you see and feel a country trying to develop and making the best out of all. For me best sign for the goodwill of people is to see, canalisation is built everywhere around town.

If all is paid by foreign donors, through internal tax receipts of by own nationals sending money back from abroad – for me difficult to say, but as a fact they use the money to developing the country. That made me optimistic.

Despite all you see, there is still distrust between the different folks, tribes and religions. They all went to war in the past, but the responsibility for the mess is always with the other, not oneself. That is shame, but maybe too early to expect cross-border reconciliation. It may come with time.

I spent 2 weeks across the Balkan countries and am full of impressions I did not expect before. My prejudices were all proven wrong and I am eager to explore a bit more into this corner of the world. I would not have guessed 20 years ago!