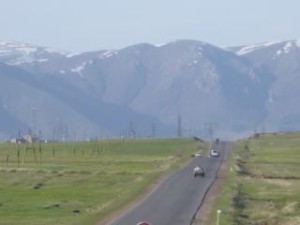 From Armenia to Georgia I went by minibus. A superb alternative for little money and best way to see some of the Balkan mountains. However, don’t go in April. The nature half asleep still, snow patches all over and it is all looking rather dull than lush.But it is all worth to go via minibus. As far as I found, there are no direct flights in-between these two cities. So you have to go via Istanbul or Kiev, which is a pure waste of time, if you have the alternative to go via bus within 6 hours. And in the end same amount of time. Crossing borders is a bit administrative, but nothing too complicated. 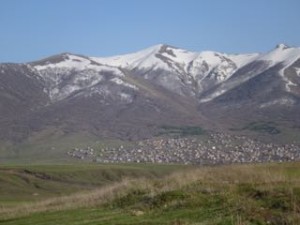 The countryside is rather hilly and flattens out, the more you approach Tiflis. Villages are sprinkled across the Balkan and seem much more modern than thought and expected. Concrete or brick-laid houses with satellite dishes and all. So no fairy-tale-like villages in the mountains as thought before. Though admittedly, I only saw villages along the road and did not enter more backtrack places far afield.

The road condition as long as you are in Armenia is bad, but as soon as you cross the border it ameliorates. Under any circumstance for 280 kilometres you will need your 6 hours, whatever speed you cruise. You won’t make it quicker, but there is no purpose either. Just lay back and enjoy the ride.

Georgia is quite different despite being nearby to Armenia. It seems much more developed. The roads are in a much better state and the overall architecture of Tiflis more modern. There are Hausmann buildings scattered around the city, but the overall appearance of soviet style buildings is missing. Even when you get out of the city, it seems much more western than eastern-like. 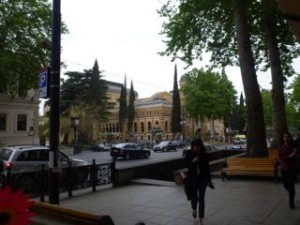 Also the economy seems more developed. When Armenia’s market is busy with lots of little players, Georgia is dominated by a few big players and many smaller ones. Looks like the French system. 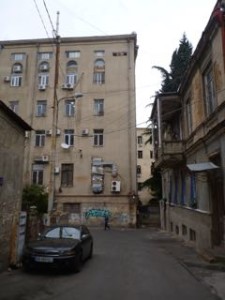 On the other side when taking a taxi don’t be surprised: there is no official licence system. Everybody for a few Dollars can buy himself the taxi sign and go to work. As simple as this. Getting receipts is not possible. 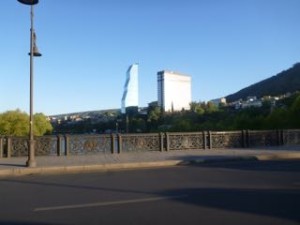 I did not have too much time to sink into town, but when looking for something to eat and party, go into Kote Afkhazi Street late at night. It is buzzing. Also on Shota Rustaveli Avenue between the Parliament and then northwards you will find some places to hang out. 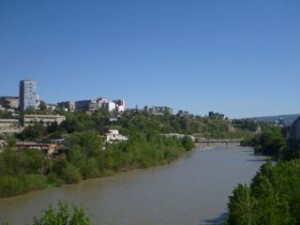 On my last evening I was lucky and was invited from a friend to a bar cornering Samaia Gardens. Behind the Academy of Science turn right, cross the fly-over underneath end just behind sharp to the left. Progressive techno and lots of dancing. 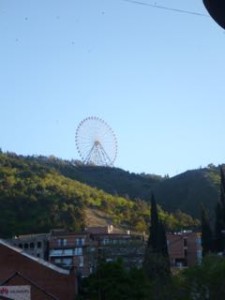 So I have to admit I did not see much from Tiflis. But what I saw is quite ok. Will have to go again, but then later in spring and then much more fun to explore than these 2 days here allowed me to check out!