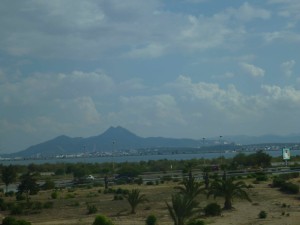 After a 3-year absence it was time again to go to Tunisia. Despite the current terror attacks and prevailing national issues I had no worry to go. After being there in my eyes Tunisia really turned for the better, but local opinions are widespread and differ a lot from each other.

For the first time I not only went to Tunis but also Sousse, the place one of the terror blasts took place. I may have even stayed in that very hotel, but I don’t know for sure and don’t care.

Tunis-town is a nice seaside place, though dominated by typical concrete architecture of the seventies with a number of Haussmann-style buildings in-between. Places and streets have been renamed since the revolution and all bank-notes with the image of the last president have been declared worthless. So when I presented my 30-Dinar note I had a serious talk with a public officer who almost felt offended. It took me a while to make him understood I had no idea about the circumstance related to old bank-notes. 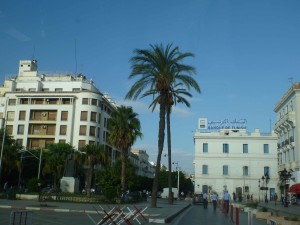 Speaking to people it becomes clear things were really sour since the revolution and are now only cautiously picking up. Some have regained old power as they were prior the revolution. Other still struggle, but are convinced it is just a matter of time to be where they were before.

However, in Tunisia you experience a soft version of Islam, and that is something I really like. Women seem to be free to walk around and dress as they want. Nobody seems to have an issue with it even if the way women dress can sometimes and easily be taken as offensive to deeply religious Muslims. Women drive cars, smoke, walk hand in hand around with their husbands. Touching and kissing them in public is neither a problem. For us Westerners it seems obvious, in the Muslim world it isn’t though. And drinking even if alcohol is not possible on the street, each and every restaurant offers a wide range of alcoholic drinks.

To me it seems, every Tunisian is ok with this way of practicing Islam and to just be tolerant towards others. If that is because they really believe in such way of life or because of the heavy security being obviously stationed everywhere I am not able to say, but despite having met and talked to many, not one complained about any Tunisian lifestyle-circumstance. 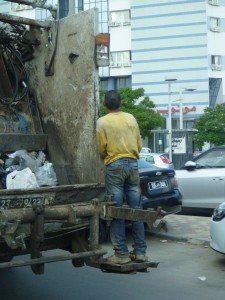 I spent a couple of nights in Tunisia Palace Hotel near the French Gate. A comfortable hotel not proposing any luxury, but you are right in the city centre, next to the old town and nearby all major shops. In Sousse the Raj Mehrhaba. Same quality, same setting. Greetings from the seventies and from a very long time ago in the past, when presidents and the such likes used to stay in these hotels. 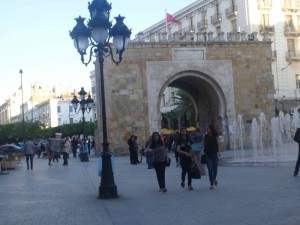 As it is usually my case I contracted a driver for the whole stay. Fouzi was very nice and when you get there, just take him. Say hello from me and you can be sure he gets you everywhere and won’t overcharge you. Though you have to negotiate a little. Just let me know if of interest and I give you his details.

In Tunis and if eating on the street is an option for you, but not the only option and you want to have a nice dinner, check the „Café Vert“ in la Goulette. Best food to get. If not, just wander around in the nearby streets to the hotel but don’t expect more than lots of shops for clothes in a 70’s-like setting plastered with security people.

The Tunisians seem to me having fared well with the revolution and are really optimistic about their future. Most importantly their acceptance of a tolerant version of Islam and the widespread variety of religious practices and life styles. 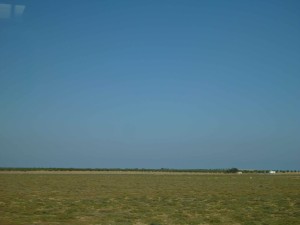 Definitely worth going back to it, which I hope will in not more than one year.