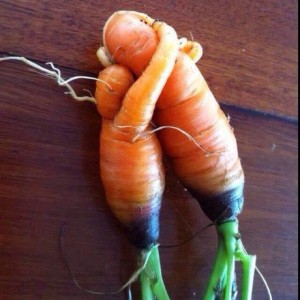 Chasing new customers is big fun, if you do it easy, you feel no pressure and if your expectation is low but always focussed.

As meetings for the rest of today and tomorrow had been cancelled I called it a day and eventually went for Balaton lake.

But before leaving a last task to perform: convincing a prospect I have been after for almost 4 years now to finally stop mocking about, to take us serious and to start co-operating.

It is a heavy-weight on their market and belongs to a multi-national group of companies, so priorities are clear: buying direct from the producer, preferring their mother-company to buy from and having well-established suppliers making it all difficult to open up for a new kid on the block. But in the end it all went well.

If you represent a company not being too aggressive on personal marketing most players don’t know you and so you appear to be just another one trying it’s best in sales. To gain a market leader for customer. But once you went down the road of presenting our company with all things to offer and most importantly playing out nicely the advantages and differences to the competition, you seem more than interesting. But your prospect wouldn’t be that big, if they had not their trodden paths to follow.

It is obvious in the beginning they pretend to have no need for a new supplier, but just keep steady and focussed. If your counterpart is a real professional he’ll see the opportunity. And you definitely have something to offer. Otherwise you would not be that big either!

Discussing this and that, you have to feel, where they have a problem, an issue to solve, which inconvenience bothers them and where you can fit in. And you will find 4-5 points where we should be able to fit actually in. Nobody is perfect. I love the chasing and hunting but once the bait is taken, I lose my interest. But before make sure being inventive in keeping up the communication for years without getting on their nerves but interested, at least not to turn you ever down. Play it clever and different to your personal competitors!

Also always watch out you don’t overstretch your pitch. Understand what your prospect is saying. Be honest and show weaknesses. Be aware you have to at least match their current conditions with their suppliers. Listen word by word, propose solutions and alternatives.

Don’t sell but argue. The world may not be enough, but not during that first meeting. Keep selling your company and convince them to trying you out. Not more, not less. Don’t show off. Don’t pretend. Don’t annoy. If they generate a 3-digit million turn-over, they know what they are doing. Full stop!

Once you found the hole where to go through nail it down. With style. Propose to check you out. Offer references they trust. If you are working already with the mother company, ask them to get in touch with their colleagues for a trustful internal reference.

If interest is generated propose a procedure moving forward. Define a small line of products or brands to check. A handful of reference is enough for a start. Go back home and get you acts together and have all info about logistics, financials and other ready. When done contact them again, not telling all is set, but only for your own preparations sake. Now start talking about the few references price-wise. Convince, argue, but don’t sell. He’ll know when to buy.

When you feel situation is ripe, ask for a test order. Little. If you mess it up, he’ll not have any problems and as a side effect you don’t appear to be too greedy. Greed is no good. An increase of sales is a natural development and will come on it’s own when you are doing well on a long-term.

Get the test, administer it thoroughly and communicate step by step to your prospect without awaiting any concrete answer. When goods are arrived, wait a day. Then phone and check if all is ok. And hang up. Wait for a week. Then get the stylish shark out and hit it bigger and bigger.

But never push. Never ever!

Everybody will argue they are so familiar with their current supplier … but hey, they must have started one day in the past getting to where they are now. So why not you also being able to get there? You will be, if you stay professional, friendly, helpful and if you never pretend being a charity doing it all for humanity. Nobody will believe you anyway.