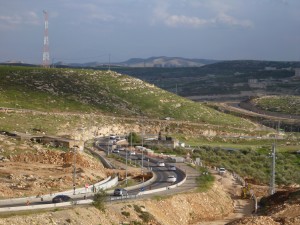 You hear so much about these countries facing each other off since decades. It seems as if since the mid-60 nothing has changed, unless for the worse. People fear, the situation may never resolve, and since I was here again now I have to say, it actually won’t.It is the second time for me being in this region and I was full of respect before coming here first time. Since this is the second visit I felt much more at ease to go as I knew what to expect. Though when checking in and boarding, the safety measures as understandable as they are, they make you aware, you are about to go to one of the hot spots of the world. 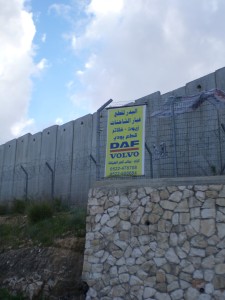 You are thoroughly checked, questioned who you are, why going to Israel, you have to tell stuff about your relatives and answer serious questions about your contacts in Israel and at home. One wrong or unsatisfying answer and you won’t board.

When arriving in Israel it is much easier. Jut prepare when boarding for the return flight. Safety control is paranoid for good reasons. If you happen to have an Arabic name, prepare for the worse.

Immigration, getting the hire car and going to the hotel at 4.00 am is no issue. The traffic situation in Tel Aviv usually is a nightmare, but despite a very animated nightlife, traffic is tremendously down early morning. Our hotel was in the nightlife area at Ben Yehoud and it takes you 30 minutes to get there. Parking is an issue, so don’t even try to find an open space anywhere. Go for public parking. If complete, just queue up at the entrance. It is a question of minutes and one leaving will give space for the next. 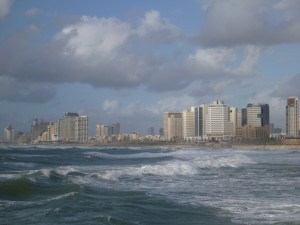 Hotel Central on Ben Yehuda is a good choice, if you don’t expect too much and if it is for sleeping only. Sometimes a bit noisy, but I feel no need for going posher. The staff is nice and helpful, but forget the breakfast. Just skip it and go to the café right hand side at the street crossing. Seriously yummy and a good menu to choose from.

This area here is the place to go out at night. Lots of bars, restaurant and other venues to choose from. The folk wandering around are fun and they are going for it. You will be amazed how many of them still being out early morning. The party lasts all night. I am not so much of a party animal anymore, so I opted most of the time for Le Mer on the beach straight down from the hotel. Nice staff, drinks and shisha – what else do I need anyway? 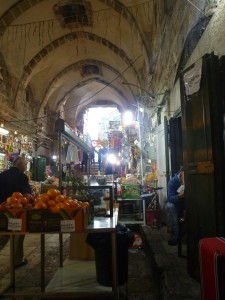 A good alternative to the local craze is Jaffa, the old town of Tel Aviv. Mainly Arab, so prepare for a change. Not so much in architecture, but for the overall atmosphere. Though much of Tel Aviv is as modern as any city with sky scrapers and business centers, much is in 70’s/80’s concrete style. All in all it does not thrill too much, but the sound of the city is overwhelming. Cyclists, motorcyclist, busses, cars … crazy! Prepare for a long ride even if you only have to go near.

And the people love life. I now see why Tel Aviv is considered to be the party town of Israel and one major venue world-wide. 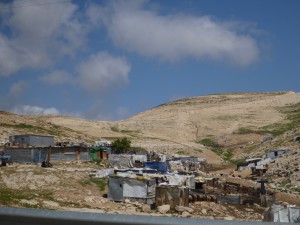 However, we had to go to Ramallah. It is quite a thing already going there, but with an Israeli car and Israeli number plate, better to get some information before. Ask the Arabs and they will tell “no problem”. Ask Israelis and it seems you are going to be shot as soon as you enter the Palestinian area.

I was quite shocked to understand. They both clearly express their hate for each other. But what to do? I will not enter into politics, but having spoken to a few, having been to Ramallah and observing what is going on with the mutual intolerance and unwillingness to solve the issue I may now understand both. 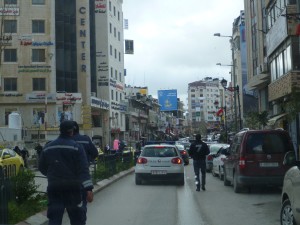 Though when arriving to Ramallah, we were by far not the only Israeli number plate around. We weren’t hassled once! In fact, nobody seemed to have taken notice or even care.

Ramallah is totally different to what we had seen before. Run don buildings, rubbish all over, obviously high unemployment and the usual Arab craze. But I did not fear anything and those we met were nice and friendly and even proud to receive us as visitors.

I wish so much these two folks would be able to go towards each other and speak instead of using weapons, force and aggression against each other. It s difficult to judge who did wrong first place: Jewish settlers or Palestinians shooting rockets. However, I have lost all hope this situation will ever solve.

Both are rich in culture, hospitality and history … if they could simply understand it for themselves and stop fuelling the hatred with religious silliness.

It is definitely worth going to Ramallah and hang out a day or too there. 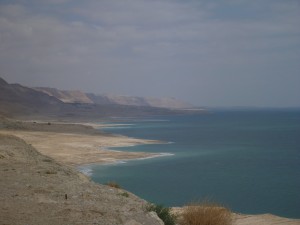 Apart from these happenings, you have to check out the Dead Sea, which is only a 90-minutes drive away from Tel Aviv. Leave early in the morning, go there, jump in and go back to Jerusalem. I am not too much into city tourism, so walking around the old town for 4-5-6 hours is fairly enough for me.

You will be talked up by a guide wanting to show you the town. 3 hours will cost you 300 NIS. Sounds lots, but they have to make a living out of it (and Israel is quite expensive!). They show you places and open doors you would never find without them. You would not even have an idea where to go and may end up strolling along Via Doloros and check out the Sepultrice. Full stop. Then you have not seen anything. Because each and every stone in the old town is full of history! Crazy! 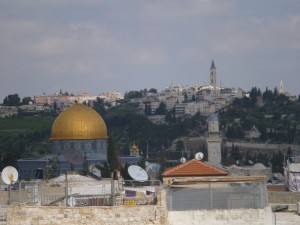 All in all I am much surprised to see all these folks living peacefully next to each other here in Jerusalem for all what you notice in the news. Though there is a spell of Intifada each and every 6 months. For the last 4 months it was quite hot between the different religions so there was military all over. I am not sure, if it shows safety or if it bewilders me … really difficult to say. Bit I can not change anything anyway, so no option as to simply ignore and do my thing. But watching the co-existence is surprising to see. The media seriously promotes a completely different image. 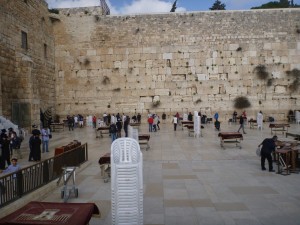 I will certainly go back again. Even if immigration when leaving the country is almost shocking. To go through this procedure it is all worth for seeing Jerusalem, partying in Tel Aviv, having a swim in the Dead Sea and checking out Ramallah.

Next time I will have to go to see Jericho and Bethlehem.