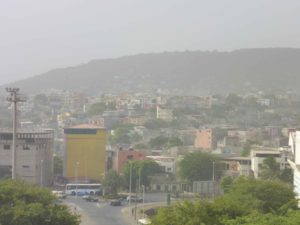 The idea going to Cap Verde was being somewhere in the sun during winter and not being obliged flying to for 12 hours. I wanted to spend my 50th birthday with my family at a place, none of us had been before. So, sunny temperature, not too far away for reaching it within a limited laps of time plus an unknown place: we opted for the Cap Verdes … well … 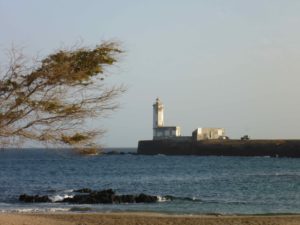 Cap Verde, a group of islands between the Canaries and the equator, was the promised land for my birthday and turning my uphill-share of life into a down-hill struggle. I have been looking to that date for years, which I consider an important turning-point in my life. Hence we were looking for a place where neither of us had been before, warm, sunny and not too far away. Cap Verde seems to be that promised land for my “turning-point birthday”.

Though, it does take time to reach destination. There are no direct flights from Germany, so you have to go via Lisbon, Dakar or Casablanca, and in the end you need at least 10 hours for getting there. We took off in Cologne with a 1,5 hours delay it impossible to reach Lisbon in time for the connecting flight. But luckily you can rely on southern Europe’s punctuality, which in our case actually meant, the connecting flight had itself a delay of 2,5 hours. And, generally in my opinion, it has to be said: food and service of TAP is ridiculous. 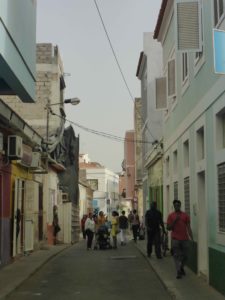 We decided to go to Praia on Santiago. Most other islands are mainly hotel complexes with no infrastructure whatsoever unless a diver’s paradise. So, and as we are no divers, we opted for Praia, the capital.

When arriving in Praia and taking a taxi to the hotel there was something strange, but I could not figure out what it was … later I knew: hardly any flat is alight. As if the whole town is abandoned, you really don’t get the impression of cruising through a vibrant African capital. Next day we went into town, and found, there is hardly any infrastructure suitable for tourism. Shops, a market and official buildings – that’s it. All very easy to oversee. The Cap Verde have 300.000 inhabitants only, 150.000 in Praia alone.

So, you can check out town within minutes, no point going into the suburbs as there is nothing. I found the Cap Verde rather „not African“ … yes, people wander about, it is colourful, but none of the shops has any displayed goods outside. Even the outside design of the shops does not really attract you to go in. All seems as if private flats converted into shops. And half of them are shops „selling everything“ held by Chinese. Strange atmosphere.

It all looks as if being in an inflated LEGOLAND. So once you sorted out the town, you wonder what now. We were kind of (un-)lucky with the weather. A temperature around 28° but with a wind force 5, the temperature felt is more around 20° than 30 … Going to the beach seems an option, and right around the hotel there is a sandy beach, but … well, it is a sandy beach. Nobody being here bathing, no shady shelter, no kiosk, no nothing. The coast of Santiago is rather rocky. And again: no touristic infrastructure. So we weren’t going to the beach because as there was nobody we thought, there is neither any point going. And all hotel guests were doing same and staying around the hotel pool. In consequence we opted for the hotel pool, but only once. Why? They had cooled the water down to 18°, which is refreshing when having an outside temperature of 28°, but not under those stated above. 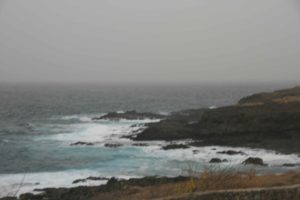 So, we were doomed to stay in the hotel and were just going out for dining, as there was nothing else to do or see. We went into a shopping mall … but forget it. Running a shop in here and you turn suicidal a week after opening. What a joke!

Strange though, when mentioning above, flats seem unlived … and you wonder, where or even if there are people around. New Years Eve though, there was a festival down at the seaside near the hotel, and there were thousands of people … but do they go to bed at sunset? Strange … we now knew there are people around, but you could barely see them around.

There is no coffeehouse tradition, but a few bars and local restaurants. If you go to the central place in Palmarejo, at Infante Dom Henrique, there you find a nice Shisha Bar. Opening up at 21:00 and not easy to detect as such from the ourside, But I enjoyed it, as with my birthday, there won’t be anymore smoking. Even if it was a nice bar and easy people, a Shisha-culture is not really established here. 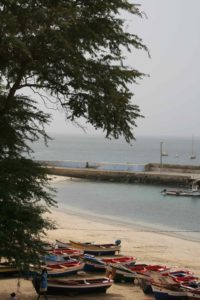 Anyway, we hung out in the hotel, the Pestana Tropico (which is actually quite nice), enjoyed a relaxing time and spent a peaceful 50th birthday. Last day we booked a private taxi going around the island. Usually in August is rain season but it fell out in 2017. In consequence the whole island was burnt down to the soil. Hardly any green and we wondered, what the cows and goats were picking. 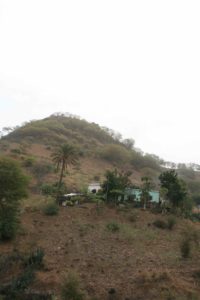 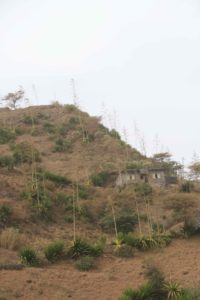 The tress barely carried any leaves and you could see the bare earthen soil. Cruising through a few villages and visiting a concentration camp it was nice being able to leave the hotel for a while, but with the dust in the air, you could not see far. A barren land, uninteresting villages and the town of Taraffal is not really worth a visit. Same plot as in Praia: hotels and a town but nothing else. 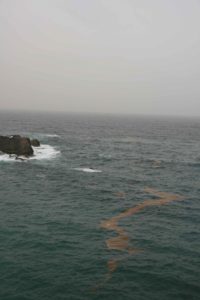 So, in the end, was it worth going? Well, it was, as I had no distraction and could fully enjoy my 50th, but I see no reason to going there again. Unless I’ll turn into diver, which is not on my list of things to do right now. 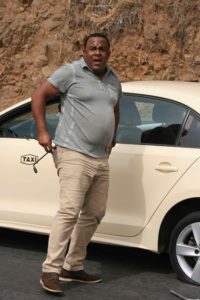 But with Anansio we had our perfect private driver. We enjoyed his company very much!