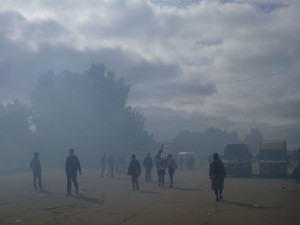 As it has been tradition since many years I go to the Fusion-Festival, so this year, too. This time I did not win a ticket in the lottery of limited access and had to be content with a Sunday ticket, which is openly available for each and everybody onsite only. Just have to be here Sunday early morning, before the craze of all Sunday attendees starts.

Anyhow, I would not have managed to stay the full time anyway due to my trip to Spain. So it was ok to stay the finishing day only, which is a first time to me. But there was another premiere this year. Not going with friends, this time I went with my 12-year-old son. He has to start one day to experience and see the real world! 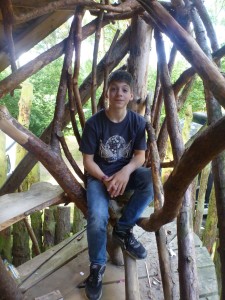 As you may have read one of my first blogs, you are quite informed what the Fusion is about. The sense and message it wants to state. And this year was no difference. Nice people and a wonderful artistic setting as usual. Though I miss the Friday and Saturday moments. Never mind. It is as it is. And in the bigger picture of our six-week trip it’ll be all right. 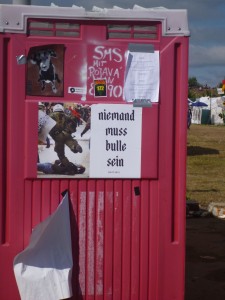 Arriving Sunday morning quite early we got our tickets and entered the ground. I instantly felt home. And so did Noah. Lots of things to see, activity everywhere and people nicely dressed as if on the carnival – these were Noah’s words at least. 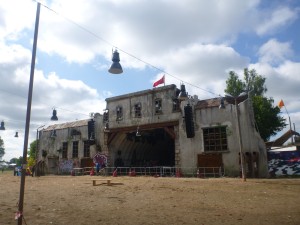 If I had been alone, I would have gone to the dance floor only, but with a young boy in company you have to alter your programme. We checked out each and every place, watched the on-goings, the people and listened to music everywhere. We attended two circus events, had a few drinks and just chilled at many places taking in the ‚local‘ atmosphere.

I was amazed he liked it too and for next year we shall definitely get tickets for the whole weekend.

There is a need to tell a compliment to quite a few chaps we randomly met during the day. When asked and told that, yes, this is my boy, people greeted and actually included him into our conversation. This gives me a completely new impression and aspect about the festival and it’s purpose, if so to say.

I knew people are nice, but to that extent, I was actually surprised. We walked across the dance floor and people held up hands to „give five“ with him. How nice! He also felt part of the group, which made him feel very comfortable. I was pleased, people greeted him and actually started talking to him directly, too. He was no stranger, he was fully integrated. It was the best possible start imaginable into our six weeks trip. 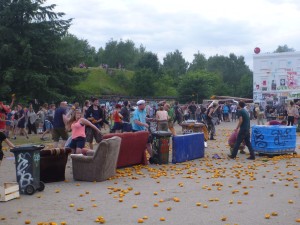 And as said above, this has given me an entirely new feeling about the event. If I was thrilled by attending the Fusion year on year, I am now much more than simply thrilled. And this is not because the organisation only, it is because of the people. This is something you cannot organize. You can only address to your choice of people.

And it is rightly done and succeeded. Congratulations!