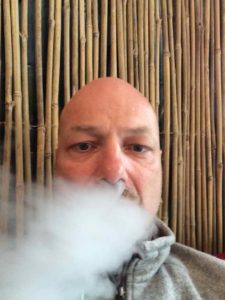 Being on the run-up to my 50th, I am pursuing a few projects and resolutions all to be completed by this symbolic birthday next year. Some are on-going long-term resolutions, some are stop-short, black-and-white and on the spot projects to be instantly put into practice, one of which is stopping to smoke. I have been stopping since last new year and am doing quite well.

I am a passionate smoker since I was 16, so almost 33 years of smoking until today. I started for impressing a lady, and since a longer while struggle to get rid of this habit. I have to admit though, I really like smoking. I am by far not a moralist and know how harmful smoking is, but I seriously like it.

I never considered myself dependant on smoking. If I was obliged to not smoking for a longer while, because of being on a long-haul flight or whatever, I never experienced any cold turkey or the such like. I simply did not smoke and did not even think about smoking or not. However and of course, after the event or circumstance, I instantly lit up a cigarette.

I experienced my first health issue due to smoking in 1992 when I moved to Bristol: a sour throat and harrumphing all the time, but only when I smoked. When I made a break harrumphing instantly stopped. But again, I like smoking, I like the taste, so I kept smoking regardless my throat.

I love waking up in the morning, preparing a coffee and then sitting outside, watching life go by and enjoying the coffee with my first cigarette of the day. The metallic taste, I cannot describe it differently, is something I really appreciate. And to start the day with this procedure and tradition – just wonderful. 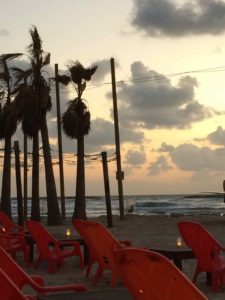 Since the year 2000 I have quitted several times. Seriously, many times. I stopped in May 2000 for 3 years before starting on the spot 3 years later again. And then I had phases of smoking and not smoking of various lengths. Smoking for a year, not for 2 months, smoking again for 3 months and then again not for 2 years. This has been on-going since 16 years now, but somehow with my general physics last year plus smoking I came to the conclusion I really want to stop smoking.

Just no more! Despite me liking the taste, the morning tradition, it was clear to me, I want to stop. But me when stopping, I needed a caesura, a clear-cut moment to define “now I stop”. I need some time prior for preparation, mentally, but the closer the prospected date approaches, the more determined I am. And when the date is there, I just stop.

Potentially I could have stopped any day, but if I had a first cigarette that day, I had to finish smoking until I went to bed. Even if the first cigarette was in the afternoon, I couldn’t ever have a cigarette and then not smoking anymore for the rest of the day.

But this time it is clear, I want to stop. So often the caesura was there: moving abroad, New Years Eve and more serious issues like the death of Corinne. I stopped and re-started later again. But this time I’ve really had it. I don’t want anymore. In terms of the run-up to my 50th I want to regain full physical endurance, but when smoking, this would not be realistic to achieve,

So, on last New Year’s Eve I stopped. Finished my tobacco and pack of cigarettes and just stopped. It was quite easy and I had no cold turkey following day, but as the phlegm of the throat is slowly loosening after years of smoking, I am kept remembered, I was a smoker. And I miss it. Though, and this is also a frequent experience I had, I know it will take months for the phlegm to dissolve and 2-3 months plus regular physical activity and me being back on top again. 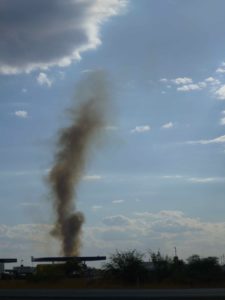 Yes indeed I miss it, but sometimes you have to make a decision. And even if I miss is, I know, it is the right decision to take … but I’d love to have a cigarette …