Helping people to help themselves – what a fastidious task! 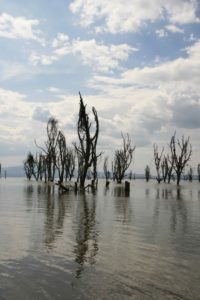 Since my first visit to Kenya and having met surprisingly interesting people in Wundanyi I have been engaging in a few projects. All destined to help people to eventually being able to help themselves. Over the past 12 years I have experienced a number of positive and constructive but also frustrating and even demoralising moments.

The first project was to finance secondary school education for a young girl. She was sent to school for a few years until having the qualification to go to university. The idea was to lift her into a position, where she was able to get a proper job and ultimately take over helping her family to survive and potentially prosper. This project was followed for almost 4 years.

During this period the project was enlarged to build a so-called posho-mill. Driven by fuel this grinding mill processes different crops into meal, which in turn can be sold more expensive on the local market as if a raw material in a natural state. And this upmarket quality will cater for work and margin to the holders of the mill as well as an additional benefit for the market seller. In theory so far so good, in practice and down to African habits, just placing a mill and hoping for good is simply not enough. 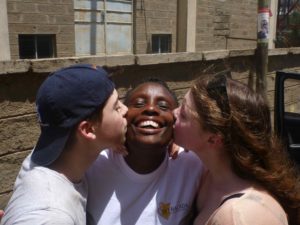 But usually giving such an opportunity to somebody would in 99% of the cases be enough. I was not expecting any exorbitant gratitude, but I neither counted on the laziness of the owners and recipients off this mill. It started well, but during the last 4 years people were accustomed to me sending regularly cash, so they followed and developed this project only half-heartedly. At the end of the day not only major part of previously transferred amounts but also most of the actual benefit of running the mill went into alcohol and a quite lavish life-style.

The result: since the mill had to be maintenanced, it was just a question of time to fall into pieces. Unfortunately there was no money put aside to pay for the repair work. Currently the posho came to a standstill and the education of the girl was followed up neither. So is this a wasted opportunity? And if so by whom?

I also see some responsibility myself in here, as it became obvious me sending cash in whatever form is not enough. It is even spoiling them! Educating the owners and recipients is also important. One has to recognize, if used to live on a Dollar per day for decades and then suddenly facing a situation of being a “millionaire”, it is difficult for them to digest intellectually. Not mentioning the feeling kicking in of being superior to others. 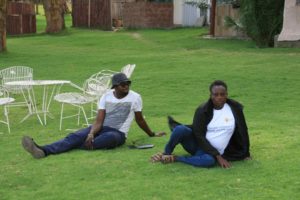 The question of guilt and responsibility set aside, I realise these people are poor, never had any more than for paying the next couple of days and no prospect of getting any better anytime. And now they experience themselves awash with cash. It is obvious, the first thing you consider is not your pension plan. Though I believe many would have been able to manage the receipts and gains of a mill much better as it happened with the people I gave the money to.

To any Kenyan I spoke describing the fate of people owning a mill, but not making it work, it looks astonishing. The mill not being in use for a while now these people kept asking me for cash financing their livelihood, but I denied. Also because I found out, all the cash I had sent before and supposedly to be shared with others too, was all pocketed in by themselves not sharing a single penny. But, and in reference to Maslow, you will only be able to mount the pyramid of needs if the level prior supposedly mounting to is granted and felt psychologically. It seems to not be the case here. So in consequence I do understand what happened, but I don’t accept. 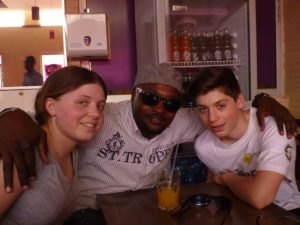 When finding out I diverted my help to a mother and her son, financing school and ultimately university. All went well until I checked personally to just finding out, huge amounts of the cash destined for university fees and daily life were wasted too and spent on a lavish life-style again. Though now I was cheated with false documents. Again, and with reference to Maslow, I understand but don’t accept. This project came also to a standstill with the university degree being not even half-through. We all decided last year to have a break until this spring. This year payment for university resumed. Let’s be optimistic. But when now again being in Kenya I unfortunately had to find out, the third fee in a row was used for another purpose than the university.

In the end I do not care what it its used for as long as I am informed. But considering the on-goings from a distance I simply feel cheated, and that has nothing to do with Maslow, it is a question of character. As this matter is still pending, let’s see how it will develop.

What do I earn from this? Helping people is a really good thing to do. Sharing possessions is something close to my political opinion. But this almost communist approach only works with people of the same class. Greeting from Maslow! 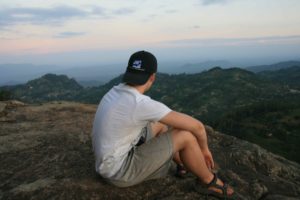 I do not know how the current issue with the university will continue and I am rather the opinion to just stop it. Sad for the boy, but regardless the material circumstances you experience, when being at the cross-roads and having to decide which option to take, cheating is under no circumstances an option.

My help will continue, but it will shape into a completely new form and process. I have seen with many the gratitude of them being helped, and this with little amounts only. A better choice of people and a different way of transferring is the key. In the end, it is for them to rise out of poverty and giving hope and perspectives. Adopting this belief is too demanding for the to instantly accept, but this is still the due course. And we will find new ways, but this time the responsibility will not only rely with me only.