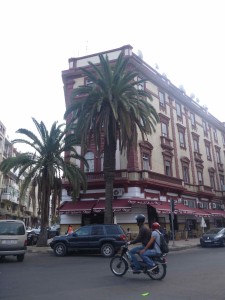 I was here several times and the last time is quite a few years ago, so I was quite eager to get here again and go along trodden paths.

Morocco is one of the few Arab countries, which has not been obliged to go through the Arab spring in order to turn for the better. That is basically due to the Hassan V, the current king of Morocco. It is openly known, he also is after increasing his personal wealth, but he is also well known for understanding the signs of the time and doing everything necessary to develop his country and it’s population.

It becomes obvious, when cruising around the country. The road network and motorways are in a good order and condition. You even have to pay road tax, something I am not used to see in this part of the world and which to me is a sign of a more developed nation. 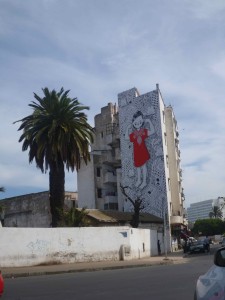 Did you know there is an obligation to put on safety belts and wear a helmet on Vespa and motorcycles? I found this complied by by the vast majority of people. Much better than in Russia and Tunisia before, where the belt is put on just before you reach check point and to be immediately taken off again, once the check point has been passed. The circumstances and security aspects of why using the belt have been well understood in Morocco it seems.

But the king is not only trying to enhance the security consciousness. You see everywhere adverts for private education of all different sorts and levels. And if considering education as a basic for a national future and prosperous well being, I find this surprising, as Arab countries are not really known for appreciating a sophisticated population in order to ensure a long-term national future. 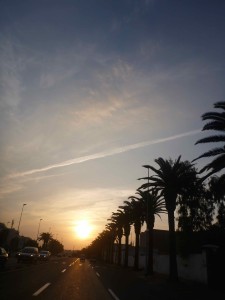 I found the Moroccan society is a seriously pluralistic one if not even laic country. Religion certainly has it’s place deeply rooted amongst it’s population, but people are free to choose how to practice their religious conviction, even if not at all, and women are free to dress and wear what they want. And young girls really feel free to dress as they like. You see groups of people with obviously different ways of life. Young girls with Foulard, others with stomach-free shirts, elder ladies with strongly traditional wearing. And they all seem to be on good terms and get on well with each other.

Also the consumption of alcohol does not seem to be an issue, though not openly on the street. Here in Casablanca you find bars right next to the mosques and it does not seem to bother anybody. I really appreciate such circumstance Something I would even appreciate to be the case for many of the such called „developed“ countries.. Even if a deeply convicted agnostic as me, I understand and accept others to follow and practice their religious belief, but don’t accept the intolerance of the religious they often prove and show towards non-believers.

And here in Morocco that seems not to be the case. Though I know in large cities people usually are more tolerant, I wonder how it is in the country-side. But I heard the political establishment is working closely with the national secret service and has infiltrated groups and such-like across the country to detecting and preventing religious extremism. Once detected it is out-rooted at once. And that seems to have the approval of the majority here. 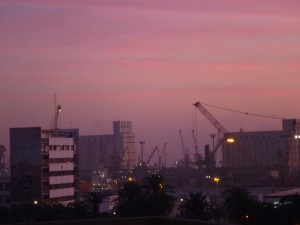 There are stories abound, the king actually travels the country on his own and openly speaking to people. And the opinion goes he is helping a lot and supporting actively the poor he personally encounters. And it seems once he detects any waste of public funds he contacts the responsible for sacking them on the spot.

It is obvious though despite all altruistic approach, the king will look after himself first and take his cut where he can.

But all watch out, the country is not turning into extremism, and this is done on all levels. When immigrating from Tunisia, you have to pass severe immigration control due to the past terrorist attacks in Sousse and elsewhere and the Moroccan officials actually trying to avoid immigration of those into Morocco. 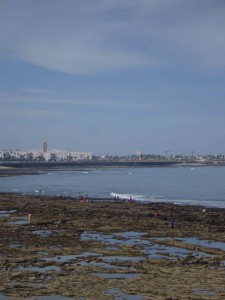 As I was here already a few times I have my local friends. Again, that the average Moroccan is open-minded has been proven to me in turning into a couple of bars I usually go to. It was as if I was there yesterday for the last time and nothing had changed. Beer, wine and spirits – you name it. And that is really nice. Unfortunately I cannot tell you neither name or address of the bars, because my drivers gets me there through the urban traffic craze and we then eventually get there. Hence I wont be able to remember how to get there my self and when leaving the bars I have no idea of orientation anyway, but if you are interested, I can find out for you and will tell. Just let me know.

But these bars are seriously worth going there and it is really local. And I promise you will feel like at home.